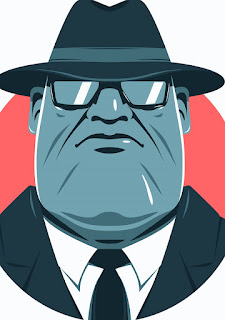 The worst job in the world? Wanted: Business genius with a high tolerance for cyanide, company car and free torch batteries provided. Guess who is on the hunt for a new CEO after a fatuous cabinet minister drove the last one out with fatuous accusations of treason. Eskom are advertising the job, possible the biggest poisoned chalice (pardon the pun), in the world. Whoever is brave enough to make a bid had also better have a high tolerance for vitriol seeing as President Ramaphosa shows no signs of firing Energy Minister Gwede Mantashe for a childish outburst that went close to being criminal libel. Who is likely to apply? Well. Given the ANC’s current lack of funds with an election looming, a few fly guys might see it as a chance to ingratiate themselves for life. Otherwise we need a cross between Atilla the Hun, the Pope and Albert Einstein. A hatred for all things green and a tolerance to coal dust in his lungs might also be a blessing. The worst Police Minister in the world? Another
Post a Comment
Read more

Out of South Africa